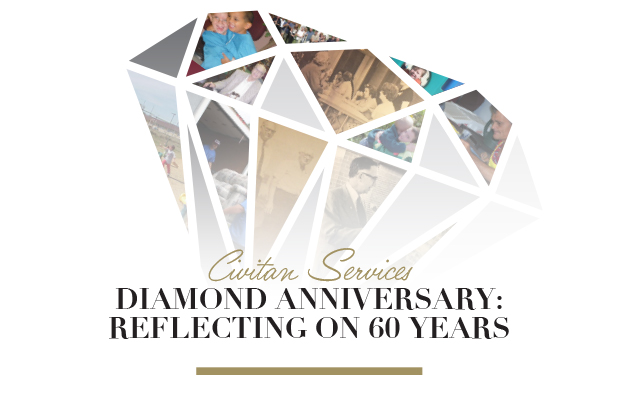 When retired teacher Noel Deer approached the young boy picking up bottles near a service station in Benton, he had no idea that that act of kindness was the start of an organization that would affect thousands in Saline County over 60 years.

But that’s how Civitan Services began. Deer saw the school-aged boy walking the streets and wondered why he wasn’t in school. When the boy told him he didn’t attend school because “he couldn’t learn,” Deer decided to do something to help him and other kids with special needs.

Deer rallied his fellow Civitan Club members, and a one-room facility began serving kids in 1958. Sixty years later, the program has flourished and includes campuses in Benton and Bryant and the Civitan Shoppe, a retail store that relies on donations of merchandise from the community. Currently 200 adults receive enrichment and employment, and 120 developmentally disabled kids participate in programs provided by Civitan Services.

“Our longevity is based on love,” Civitan executive director Leah Henderson said. “Not only does Civitan Services give love, but we also receive love: whether it’s from businesses in our community, donations to our thriving donation center, sales from the Civitan Shoppe, or countless volunteer hours – this community realizes that Civitan Services provides an opportunity and hope for those we serve, and they support that mission alongside us.”

Deer, who was one of the founding members of the Civitan Club, got the club involved and raising money to create a learning environment for special needs kids. Betty Nell Cooper became the first teacher for what is now known as Civitan Services. Cooper had taken a break from teaching to raise her three children, and had built a reputation for helping kids who needed special care at her church. The Benton native still resides in Saline County and still supports Civitan Services.

Earnest Ward, a local contractor and founding member of the club, was able to secure a $750,000 grant that was used to build the first Civitan campus in Benton. Ward used his skills as a contractor to spearhead the effort and helped the organization make an even bigger impact.

When Ken Burns took the helm as the executive director in 1977, his goal was to grow the school. By the time his tenure ended in 2001, the school had developed into a large center.

Robert Johnson took over for Burns in 2001, and by 2009 had orchestrated remodeling and expansion.

“Robert oversaw the addition of the Dixon Building (Benton Campus) that was used to house the Adult Services Department (now on the Bryant Campus), and remodeling and expansion of the existing preschool facility to include adding a modern commercial kitchen, remodeling all dining facilities, remodeling the front entrance, expansion of the Preschool campus, and building of the Civitan Legacy Garden and Fountain,” Civitan Services special events coordinator Bekka Wilkerson said.

“Robert believed that the one trait required of each staff member is that of being compassionate and caring towards the individual clients; if any staff member should come in contact with a client who needs help at any given moment, the staff member must stop what he or she is doing and provide whatever that client needs at that particular point in time.”

Not only has Civitan benefited from dynamic leadership as it has grown in 60 years, the people of Saline County have also supported the organization. “Community involvement is the cornerstone of Civitan Services,” Henderson said.

“Our organization has been so blessed with countless community partners over the years, and still relies on those friendships and partnerships on a daily basis. Whether it’s coming to volunteer hours spreading lava rocks in one of our flower beds, stopping in to one of our classrooms to host a training, or attending one of our fundraising events, we can always count on our community to show up and support whatever we are doing.

“As fundraising is such a huge part of being a non-profit organization, that aspect of what our community continues to provide is paramount to accomplishing our mission. Just as a handful of businesses supported the original Civitan organization, we currently have a host of businesses and individuals that support each and every undertaking of Civitan Services. Two years ago, our organization was blessed to be able to build a beautiful new building on Reynolds Road in Bryant, and for two years the generous donations from our donors and events sustained that building – that is an enormous feat in and of itself. All the while, our Preschool campus in Benton continued to thrive on its own merit. As our 60th anniversary celebration approaches, we are looking for new ways to bring in donors, to get them excited in what we are doing, and to re-engage those who brought us to where we are today. We are so blessed that our community sees the phenomenal work being done at Civitan Services, the lives being changed, and supports our mission and service with their time and through their donations. We hope to continue raising the bar, meeting and exceeding both their expectations and those of the clients we serve on a daily basis.”

The organization plans to celebrate its anniversary October 27 with the Superhero Walk fundraiser taking place in the morning at the Benton campus, and a 5 P.M. reception at the Bryant campus. More information can be found on the Civitan Services Facebook page. 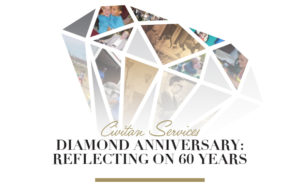