Home / Department / We All Need A Team

We All Need A Team 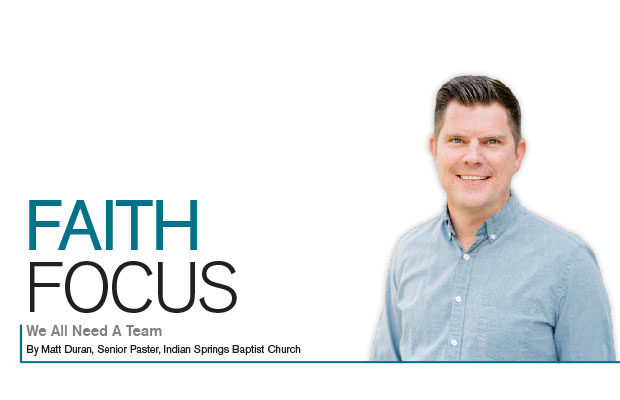 It is no secret that football is a team sport. Everyone on the team is important and plays a vital role. While certain positions might seem more critical than others, every person on the field has a unique role to play in order to be successful.

One of the most impressive team wins in modern history was when the then division I-AA Appalachian State Mountaineers stepped into the “Big House” and took down the 5th ranked Michigan Wolverines. App State was the first I-AA school to beat a division I team in the history of college football.

The most interesting part of the momentous victory in 2007 is not necessarily the fact that App State won on Michigan’s home field or that they were the first I-AA team to beat a I-A team. The most incredible aspect of App State’s victory is that they were able to pull it off without any big-name players and with only their own fans in their corner. No one on the national scene gave them a chance.

The question every I-AA coach has asked since that moment is “how?” That is, how was David able to beat Goliath? While I’m sure the game plan was good and the players were ready to play in one of the most iconic stadiums in the country, there has to be something else to such a monumental victory. It had to be that each player did exactly what he was supposed to do in order to make the whole team successful.

One of my favorite Bible verses says, “As iron sharpens iron, so one man sharpens another” (Proverbs 27:17). Just like a football team, Christians are called to be in fellowship with each other, so as to help each other grow more into the image and likeness of Jesus. While following Jesus in salvation is an individual decision, the work of Jesus for Christians is to be done in community through the local church.

We need each other. There is no substitute for solid biblical community. God designed the church to be His witness to the world and to support each other in that work. The author of Hebrews understood this principle well. As the culture was becoming increasingly hostile towards Christians, some became discouraged because they had failed to maintain their position within their church community.

The author encourages them by saying, “And let us consider how to stir up one another to love and good works, not neglecting to meet together, as is the habit of some, but encouraging one another, and all the more as you see the Day drawing near” (Hebrews 10:24-25).

Everybody has two great needs on this earth. The first is to have a personal relationship with Jesus Christ. That is, trust in the fact that Jesus died for your sins and in your place so that you can be forgiven and receive eternal life. The second great need people have, after the first need is secure, is community. We all need a team. We need people who have our back, love us, and encourage us.

Like that famous App State team, we do not need star athletes, but normal people committed to the Gospel and to each other. I hope you will first commit to Christ, and then second commit to biblical community. We can do more, together!