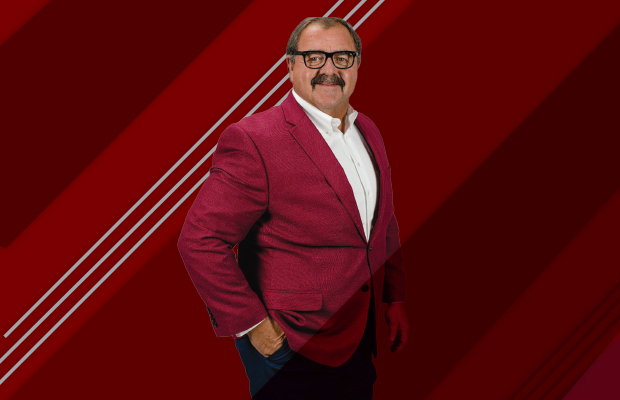 Don’t let his longtime employment in Bryant fool you. Tom Farmer is Benton, through and through. He may have served as the Bryant Hornets’ head coach and athletic director, and now as transportation director, but he got his start as a Benton Panther coach, and has lived in Benton in the same house – where his three sons grew up – for more than 35 years. At 60, he now enjoys living within 10 minutes of his grandchildren and looks forward to retirement, and if elected mayor, to “taking Benton to the next level.”

“As mayor, my goal is to bring people together so visitors looking to relocate will say, ‘I belong here,’” he says. “Another goal is to build on what past mayors have accomplished. As a coach, teacher and leader, I truly believe that our job every day is to ask the question, ‘How can I help you achieve today the things you want to achieve?’ I also believe we should help people through encouragement, by using kind words and by doing what we can to help them accomplish their goals for the day. We want everyone to feel as if they are part of the Benton family.”

In his various leadership roles, some of Farmer’s favorites include being a part of Serve Day with his church – First Baptist in Benton – to promote “Flashing Red, Kids Ahead,” a statewide bus awareness program; serving as a sponsor for youth church events; speaking at national transportation conferences; and helping to start Fellowship of Christian Athletes in Benton and Bryant schools.

Fiscal responsibility and service with a good attitude are two priorities Farmer says he would bring and advocate citywide if elected mayor. Simply speaking, Farmer says he wants to serve the city that has been so good to him and his family.

“I want to give back to the city as a full-time servant of the people. I have no hidden agenda; I simply want to be the best I can be at whatever I’m doing, and I feel like being the city’s mayor is what I’m supposed to be doing.” νJillian Jacuzzi