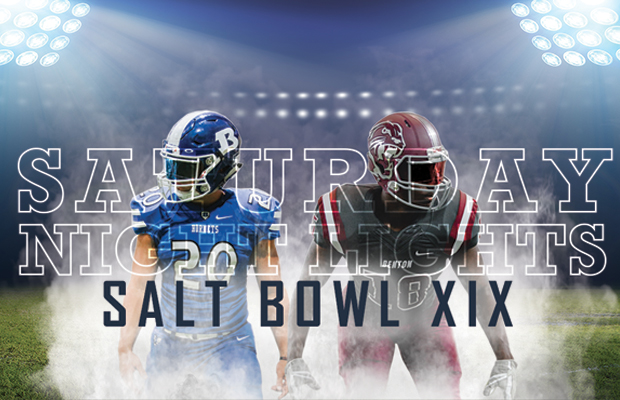 The Salt Bowl has always held a very special place in my heart.  I was a junior at Bryant High School in 2000 when the first “officially titled” Salt Bowl game was played.  That year was not only a landmark beginning for the Bryant and Benton rivalry, but it was also a milestone year in my life as a teenager.  It was the first year I was old enough to drive myself to school.

I remember getting my first car, like it was yesterday.  It was a 1992 Ford Explorer Eddie Bauer Edition.  It was black with tan leather interior, a sunroof, tinted windows and newly installed CD player.  It might not have been a new car, but it was MY car.  We only lived about a quarter mile from the high school, so the room for error in my driving was slim-to-none…or so I thought.

In early September, as I turned onto the main road in front of the school, I inadvertently took my eyes off the road for a split second.  That glance lasted just long enough for me to cause a three-car pileup.  Talk about bringing me “crashing” back down to earth!  I barely had enough money scraped together to purchase the car, much less pay to have it fixed.

Returning to the subject of the first-ever Salt Bowl, Bryant was having an undefeated season that year.   My group of friends didn’t miss a game.  As the season progressed I started designing custom, hand-drawn t-shirts that pictured the Hornet battling our opponent for that week.

At that time, the Benton and Bryant game was always the final game each season.  In 2000, the Hornets were 9-0 going into this much-anticipated match-up.  For a battle of this magnitude, I had to step up my game.  I designed a shirt depicting a pile of all the previously defeated mascots, along with a Hornet holding a panther by the tail. The caption read: “9 and 0, 1 to Go”.  I had this shirt printed for myself and 50 of my friends.

This game didn’t just end up being a big win for Bryant; it was also a big win for me.  My shirt design gained so much attention that the school principal asked to purchase the shirt concept for the State Playoffs.  He offered to pay me $500 for the design rights.  That number just happened to be the exact dollar amount of my insurance deductible.  Talk about a Salt Bowl miracle!

I’m sure I’m just one of many, over the years, to share a special Salt Bowl memory. That’s the glory and the magic of this game. Your town. Your life. Your magazine.