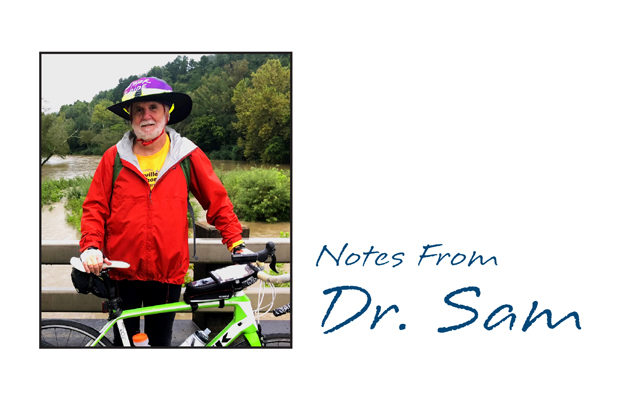 I hope this note finds you well.

I grew up in the 1940s and 1950s in rural east Arkansas. As you know, there was no such thing as Walmart or Family Dollar Stores. But in many small towns, especially those with an agricultural base, the mercantile was the go-to place for goods and services. Often, mercantile stores owners were the same families who owned the land, the cotton gins, the sawmills, and the banks. By the 1950s, these all-in-one stores were slowly being replaced by separate grocery, clothing, hardware, and auto parts stores.

In the late 19th century, Emerson Conner created Conner Mercantile Co. in Augusta, Arkansas. For fifty-plus years Conner Mercantile dominated that small town’s economy. My father first worked as a rice farmer sharecropper for the Conners, and when they did away with that system he spent the rest of his professional life as a manager for the company. Each week, he totaled up the hours the men in his crew had worked and took those tallies to the mercantile to fill out the pay envelopes he then distributed to the men.

To me, a small child who lived in the country, it was a great treat to go into town with my parents and visit the Mercantile. I can clearly remember the smells emanating from the cavernous place. As we left our truck and approached the big glass front doors, the aroma of freshly ground coffee, leather goods, tobacco, fruits, candies, and perfumes fused in an exotic brew. Everything I could think of worth buying lay within the four walls of that store.

In the center of the room was a raised platform with an office where all the money exchanges occurred. Above the platform, a large skylight further accentuated the importance of this spot. By the time I was five, my father let me roam the store while he did his work.

I spent this precious time wandering around, immersing myself in the colors and smells. There were open wooden barrels of saltine crackers, candies, apples, and nuts. If I was lucky, I would catch the eye of one of the ladies working the floor and she would give me a candy. There were large bolts of brightly-colored material that someone’s mother would turn into clothes. In the mid-section of the store were fifty-pound bags of flour, corn meal, rice, and beans.

Near the backdoor was the area where trappers brought in their raccoon, rabbit, muskrat, and mink skins. At Christmas, we spent a good deal of time picking up pecans; when we had accumulated sufficient poundage, we took these to the same back area of the store and redeemed them for our Christmas money.

The last time I was in the Conner Mercantile was in the early 1950s, over sixty-five years ago. But those sense memories remain almost as powerful now as they were then.

Have a Good Journey,

Dr. Sam Taggart is a retired doctor/ writer/ marathon runner in practice in Benton for the last 35 years. He recently published The Public’s Health: A narrative history of health and disease in Arkansas, published by the Arkansas Times. His two other books, With a Heavy Heart and We All Hear Voices are available at your local booksellers or online at Amazon.com.