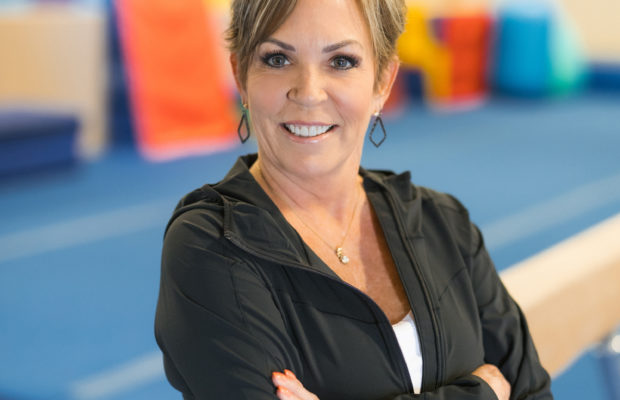 A  passion for children has made Leah’s Gymnastics and Cheerleading a mainstay in Saline County for four decades. Leah Hudspeth, owner & operator, had humble beginnings: a patch of grass in a small town in Louisiana, to be exact. “I would teach private lessons to the kids,” she said. “I just loved it.”

Nearly 40 years ago she returned to her native Saline County and has been a fixture teaching all facets of gymnastics, tumbling, and cheer to thousands of kids. Leah’s Gymnastics and Cheerleading currently operates out of two facilities located next to each other with 20,000 square feet for training.

A lot has changed in 40 years, but one thing hasn’t.

“I just love children,” she said. “I always have. I had a little girl the other day give me a picture she drew of her dog. I keep those things. She could have given that to her teacher or one of the other instructors, but she gave it to me, and that is special. I just love those moments and working with them.”

In high school in the 70s, Hudspeth cheered for Benton and was on the school gymnastics team. She had a knack for tumbling and helped some of her classmates learn new skills.  That fueled her passion for teaching young children in a sport she loves. In August of 1982 as a mother of a toddler, it became a career.

She bought Turn and Tumble, which was located on 4th street near Tyndall Park in Benton, and changed the name to Saline County Gymnastics. A year later, she had students competing in sanctioned gymnastics meets around the state.

The business grew and she added onto the building twice. Saline County Gymnastics featured pre-school gymnastics, recreational gymnastics, cheerleading, dance, and competitive gymnastics. Soon, all of the local junior and senior high school cheer squads came to Leah to prepare for tryouts and train for the season. She also coached the gymnastics teams for Bryant Junior & Senior High Schools.

“They would bus the kids over to my gym with a teacher and I would coach them on all 4 events: vault, bars, beam, and floor. I loved it!” she reminisced.

During that time she also became involved with Benton Public Schools special needs students. Again, the schools would bus the children over to the gym. “We provided free weekly classes for approximately seven years and hosted Special Olympics Gymnastics meets.”

Around 1991 she went to work for Fitness Unlimited, a now-shuttered fitness center that was a fixture in Benton for decades. “They wanted to start a kids’ business and I was the only one in town with experience, so they gave me a job as a director of a national franchise called KidSports. Merging my gym with the newly formed Kidsports, I registered around 400 of “my” kids [to Fitness Unlimited], opening the doors with approximately 750 students.”

“As Kidsports and the facility expanded, we opened a location in Little Rock.” This expansion left Hudspeth in a more administrative role than she preferred. “I was more of a director and didn’t work with the kids as much. I missed that,” she said.

In 1996 she “went back on my own” and opened Leah’s Gymnastics and Cheerleading in a small studio in the Lincoln Square shopping center in Benton, where a novel component of the business was a bus she turned into a “mobile gym.”

She named the bus ‘Turn and Tumble’ after the name of the first business she bought and drove it to area childcare centers to teach lessons. “We converted the school bus to a gym on wheels. It was awesome; I wish I still had it!” She laughed.

In 1998 it expanded to a 2,500 square-foot facility on Military Rd. Then, in 2001 the business moved to Library Drive in Benton, where McClure Fitness is housed now. “We had to add onto that building, too,” she said.

Featuring approximately seventy-nine classes on her website, she employs thirty instructors and staff to guide the groups of all ages and levels. At 61, Hudspeth still teaches classes and can manage a cartwheel or two, which impresses her young students.

“My biggest passion is the children,” Hudspeth said. “It is important for us to offer a safe, positive family environment. They can come here and leave all their worries at the door. This may be the only hour a week that some of them have a positive experience, so it is important to us to offer them a good experience.”

Twenty-five years ago, Hudspeth married Barry Hudspeth. Barry Hudspeth owned Arkansas Professional Hearing Care, but in 2018 he sold the business and became the CFO of Leah’s. “We get along because he works during the day, and I work at night,” she said with a laugh.

Hudspeth will officially celebrate 40 years in business with an event on Sept. 10, 2022. There will be plenty to celebrate, too! The gym has produced a significant number of state and regional gymnastics champions as well as multiple cheer titles. This anniversary will be a special day, as she looks forward to working many more years serving young students in Saline County.

“I feel very blessed. The Lord has blessed me, and without God this would not have happened,” she said. “He is in total control. I am proud of what we have been able to do and keep going for 40 years. I love it and the kids so much.”