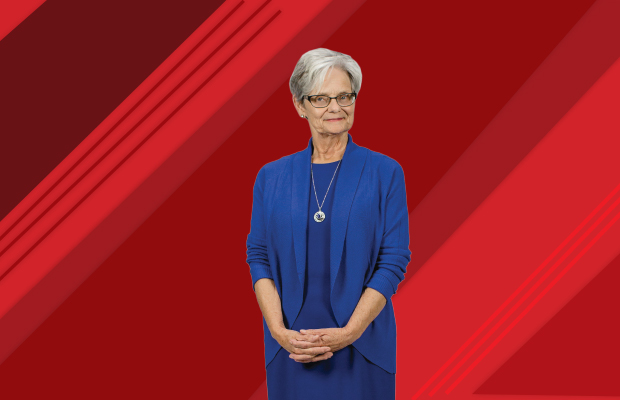 Janie Lyman became the first woman elected mayor of Haskell in 2014. A mother of one daughter, Gina May, her family has been in the community for eight generations and has remained heavily involved in the school district. “My father taught at Harmony Grove School in the 1930’s. He was later the superintendent at Harmony Grove and superintendent at Bryant Schools,” she said.

Raised in Haskell, Lyman graduated from Harmony Grove in 1965. She attended Southern Arkansas University (SAU) in Magnolia. From there, she lived and worked in Little Rock and Texas for 25 years before returning home.

“I returned to Haskell to be with my mother and care for her during her battle with dementia,” she said. Upon returning to be with her mother, Lyman became involved in local politics, serving as a member of City Council for three years and as Recorder/Treasurer for seven years. Then, in 2014, Lyman decided to run for Haskell mayor.

“When Jeff Arey announced that he was going to seek the Saline County Judge seat, I was encouraged to run,” she said. “With my years of service and the knowledge I had gained about the workings of the City, I made the decision to run for mayor.”

Lyman won the election with 52 percent of voter support. She attributes that win to her love of the community, her years of service and her dedication to simply getting the job done. “I am dedicated to working 200 percent on any task that I am involved in. I am happy to be a part of the team working together to face all situations in this city.

“I am dedicated, driven, diligent, caring, involved, and love children and animals,” she added. “I really could not guess what voters would like to know about me; however, I am a very open person, so just call or come by to visit with me at the City Hall.” νCharles Crowson