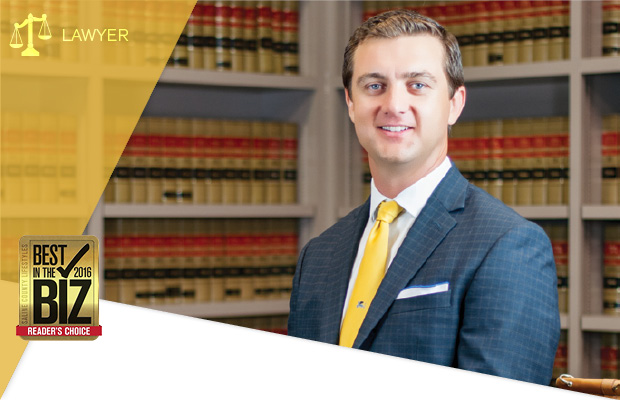 What do Jerry Maguire, 400 pounds of organic dog food and living the dream in Saline County have in common? That’s easy. Josh Farmer, the top rated lawyer in our Saline County Lifetstyles survey.

Josh currently practices his profession through his office in Benton and was elected as City Attorney for Bryant in 2014, a position which he performs on a part-time basis.

A career as a private practice attorney was not always the path on which he felt his life would follow. His original plan was to become a sports agent, just like Tom Cruise in the movie “Jerry Maguire.” While attending law school, he accepted an opportunity for an internship at a premier sports agency that represented some of the biggest names in the National Football League and college football coaches. At first, he thought it was his dream. He was completely star-struck when a client he had seen on television would call the office to talk with him. That wore off quickly, and everything changed one day.

This is where the 400 pounds of organic dog food comes in.

He had spent one morning shopping for specialty dog food for the National Football League’s sack-leader from the previous season. After a successful purchase, he went to lunch with one of the agents in the office. Their conversation changed the trajectory of his life.

Over lunch, the agent complained about having to go to the Super Bowl and the Pro Bowl for the previous 10 years. He said that the first few trips to those big games were incredible, but now they had become nothing more than two-week long business trips where he doesn’t get to see his wife and kids. The agent told Josh there is more to life than making money and chasing big deals, and that he hoped Josh would find a career that served a positive purpose in the world. Already disgruntled from the dog food excursion, Josh took the advice to heart. He decided that day to reevaluate how he wanted to use his education and talents in this life.

Within a short period of time, Josh made up his mind to ultimately return to Saline County and work in a way that served the community and to be close to his family. The sports agency later offered him a position in the firm, but Josh turned it down. He continued in his studies at law school to put himself in a position that would enable him to get back home.

His first five years after law school were spent working as in-house counsel for First Tennessee Bank, a large bank based in Memphis, followed by a position with Windstream, a Fortune 500 company based in Little Rock. In 2014, he felt it was time to return home. He was elected to the Bryant City Attorney position and opened his law office.

It would seem that with all he has going on in his life, not much else could add to the comfort Josh feels settling into a life well suited for him. However, there’s more.

Taking the time to appreciate the important things in life is paramount to Josh. Several times each month, he will send a handwritten note to say “Thank you,” or give a word of encouragement to various people in his life. Sometimes the note is for a colleague or client. At other times, it may be for a dear friend or even a near total stranger. He feels it is vitally important for people to continually lift each other up and genuinely express appreciation. Handwriting a note takes a little more time than sending a 140-character message or emoji, but it carries significant positive impact.

When he says he’s “living the dream,” he means it. Josh says, “I get to use my talents and education by serving in our local government, and helping people either manage their business or assisting them in a dramatic time of need, and I get to see at least one member of my family almost daily.” 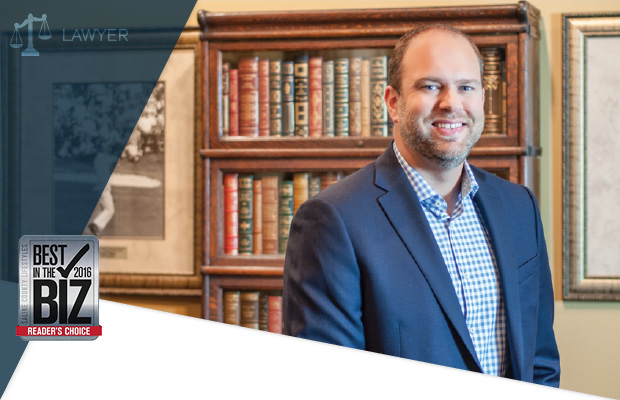 As owner of The Elrod Firm, Justin Elrod spends most of his time helping clients navigate through the maze of estate planning and asset protection. “Wills and trusts are a big part of what we do, but estate planning can be worthless if there is nothing left because of long-term care expenses,” he said. “We look at our clients’ needs from both a typical estate planning standpoint and from an elder law perspective, always considering how to best preserve their estates no matter what the future might hold.” Elrod is one of only three Certified Elder Law Attorneys (CELA) in the state, a highly regarded designation that requires an extensive certification process.

After graduating from the University of Arkansas with a business degree, Elrod graduated second in his class from law school in Little Rock. “I loved law school, and I enjoyed my first job as a law clerk and an associate attorney at Quattlebaum, Grooms, and Tull in Little Rock,” he said.

But Elrod, a family man with wife, Kim, and two children, J. Dawson and Ali, now 10 and 7, soon realized “high-powered litigation” wasn’t for him. With his grandparents in mind, a move to estate planning and elder law felt very natural. He remembers his grandmother’s worry about the cost of assisted living after his grandfather’s death and the impact it made on the family. He strives every day to help families avoid that stress.

Elrod recently published his first book, “You Need a Plan: How to Prepare for Death, Taxes, and Long-Term Care,” available on Amazon. This year, he also was invited to serve on the National Elder Law Foundation Board of Directors, the organization responsible for conveying the CELA designation. And for the past five years, he’s been the only Arkansas attorney named to the list of Rising Stars in the field of elder law by Super Lawyers magazine. He is also active in the Saline County community, serving on the Board of Directors for the Boys and Girls Club of Bryant and as the vice chairman of the Bryant High School Athletic Hall of Honor.

Elrod chooses to live and work in Saline County for a simple reason. “It’s my hometown, where I grew up, and I wouldn’t be comfortable anywhere else,” he said. “My firm works with people from all over the state, but we’re still a small town business and I love the hometown feel.” 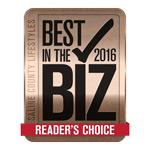