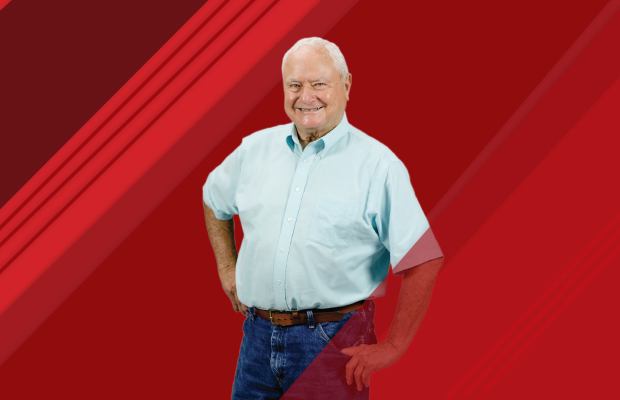 Roy Carmen, a retired meat cutter and long-serving member of local politics, is among five men and women running for City Hall in Haskell. He and his wife, Evalee, have lived in the community for almost 50 years, and he has held several offices and public service positions.

“I am honest, with a good work ethic and old-time values, and I served in the National Guard for six years,” he said. “I served on the Harmony Grove School Board for 15 years and was Fire Chief for 21 years with the Haskell Volunteer fire department. I was a building inspector and held all required licenses. I also had wastewater and water distribution licenses.”

Following his retirement, Carmen worked as an inspector for Oswald Engineering and oversaw the north wastewater plant in Haskell and the rehab of sewer lines and manholes in the Harmony Grove subdivision. He was also a member of the Haskell Planning Commission, and has served as an Alderman for the last four years.

Included in his lengthy professional resume, Carmen has also taken part in some pretty interesting projects. Some have helped create notable recreation locations and waterway resources for Arkansans.

“I worked as a heavy equipment operator helping to build Lake DeGray and was on the survey crew at Lake Millwood,” he said. “I oversaw putting in water mains in Cleveland County, and water towers out of Bald Knob and Staves.”

Carmen cites his years of experience in development and maintenance as a primary motivator in his run for office. “I am running for Mayor (of Haskell) because our infrastructure is in poor condition,” he said. “Our water lines were put in service in the mid-60s. They need to be replaced, and we need a long-term plan. Our streets need to be repaired and overlaid. Also, our ditches need to be cleaned out for drainage. I feel I am the one to get this accomplished.”