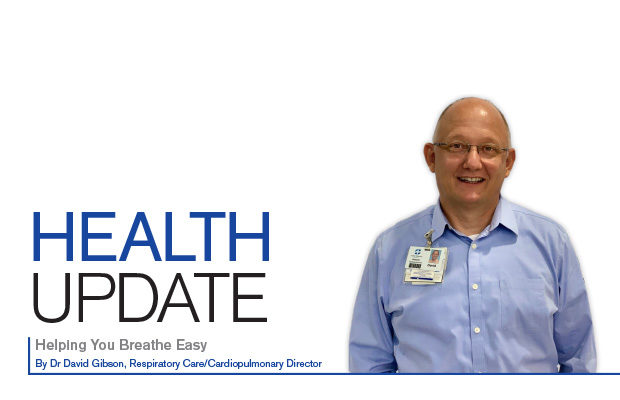 The chronic airflow limitation characteristic of COPD results from a mixture of small airways disease and parenchymal destruction (emphysema). The severity of COPD varies based on spirometry testing and symptoms. COPD is a common, preventable, and treatable disease characterized by persistent respiratory symptoms and airflow limitations due to airway and/or alveolar abnormalities often developing from significant exposure to noxious particles or gases. COPD is influenced by a host of factors, including abnormal lung development.

Unfortunately, COPD is the third leading cause of death by disease in the United States. COPD’s prevalence increases along with tobacco smoking. The more you smoke, the higher your chance for developing COPD. Recent evidence suggests the COPD disease process may exacerbate cardiovascular morbidity and mortality. COPD should be considered in any patient who has shortness of breath, chronic cough or sputum production, a history of recurrent lower respiratory tract infection, or a history of exposure to associated risk factors.

If you think you may have COPD, you should discuss your symptoms with your physician or provider. Your physician may decide to evaluate your pulmonary status by ordering a pulmonary function test. These tests typically take about 30 minutes and include various breathing techniques and maneuvers. A respiratory therapist typically performs this test, in a pulmonary lab. If you do have COPD, there are several treatment options.

The most common option is treatment with an inhaled medication such as Albuterol MDI (Metered Dose Inhaler). This medication is classified as a bronchodilator, and can treat or prevent bronchospasm associated with COPD. Your physician may prescribe any of several different medications based on your pulmonary function test results. Another (underutilized) treatment option is “Pulmonary Rehab.” Pulmonary Rehab is a comprehensive intervention based on a thorough patient assessment. This patient-tailored treatment includes exercise training, education, and self-management intervention.

The goal is to improve the physical and psychological condition of people with COPD, and to promote long-term adherence to healthy living. Pulmonary Rehab should be considered part of integrated patient management and typically involves a range of various healthcare professionals. Interestingly, Pulmonary Rehab has proved to be the most effective therapeutic strategy to improve shortness of breath, health status, and exercise tolerance. Pulmonary rehab really works and is a great treatment option for people with chronic lung disease like COPD. This program helps keep people active and aims at improving their quality of life.

Not all COPD is smoking-related. Approximately 3% of our population has something known as “Genetic COPD” (inherited), which was formally known as Alpha-1 Antitrypsin deficiency. While there is no cure for Alpha 1 Antitrypsin disease, treatment options help tremendously. A simple blood test can detect it. Alpha-1 occurs when there is a lack of protein in the blood called alpha-1 antitrypsin, or AAT. The main function of AAT is to protect the lungs from inflammation caused by infection and inhaled irritants.

Again, if you feel you may have contracted COPD, or you may have Genetic COPD, the most important step is to discuss it with your primary care physician.