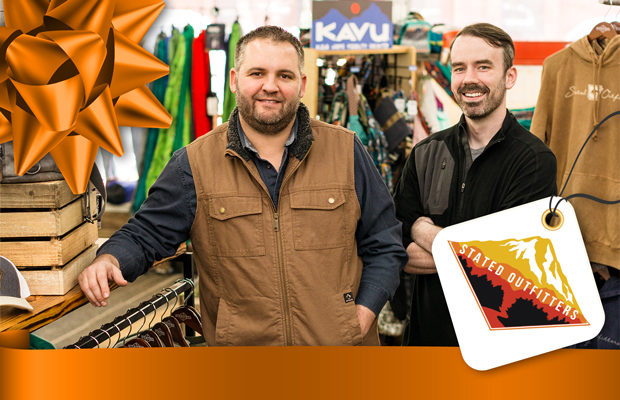 When Chris Jordan started his clothing company, Stated Apparel, more than a decade ago, selling t-shirts bearing catchy—and in some cases snarky—messages wasn’t his idea of a possible business empire.

In fact, it wasn’t even his idea of serious business.

“We both had a shared interest in the Razorbacks and wanted to have some fun with that, too,” he added. “So we started a little side thing, setting up at places like RiverFest and mall kiosks.”

During the fledgling business’ first five years, Jordan says their humorous t-shirts gained a following, and in 2015, he and his family relocated to Bryant where he allowed the business to continue growing organically. “That’s when I realized, ‘Yeah. I guess this is my job now,’” he said. “At that point, I started focusing more on the wholesale side of things.”

Move ahead five years, and Stated Apparel’s popularity is through the roof, both in Arkansas and across the country. The shirts can be found in stores across 44 states and include the Lake Bum, Smart Mouth and Savannah Grace. “This has all grown so fast, I couldn’t begin to guess what the next three to five years might look like,” he said.

Jordan, his wife Casey and their business partner, Adam Barnes, have also expanded to a storefront location in the former Gingles Building in historic downtown Benton. The move allowed the company to be a key part of local business’ efforts to revitalize the downtown area. It also allowed the families to establish roots and demonstrate their commitment to Saline County.

“My wife and I have really been focusing on building relationships within the community,” he said. “From opening the store in the Gingles Building to being a part of this amazing revitalization effort, we wanted to share our love of this community with others and show our appreciation as we’ve kept growing.”

In the recent months, the Jordan’s have seen their love for Saline County returned their way, following Casey Jordan’s diagnosis with a rare form of Non-Hodgkin’s Lymphoma (acute lymphoblastic lymphoma).

“We’re proud to report (Casey) has had an overwhelming, almost miraculous response to the first few rounds of chemotherapy,” Chris said. “She’s going through this with her head high, but she knows she has a real fight on her hands.”

And both Casey and Chris believe that Casey’s strong response to her treatment has in large part resulted from the support of their friends, loved ones and the people of Saline County.

“We’ve said, ‘Thank you’ to so many people, but we can never really say it enough,” he said. “They’re really making a difference in Casey’s and our family’s lives. Every kind word or encouragement given to her is having such an incredible impact on her mental and physical health.”

Stated Apparel is located in the former Gingles Building at 145 W. South St. in Benton. You can reach them by phone at 501.794.6363 and online though Facebook, Twitter and at www.statedapparel.com.