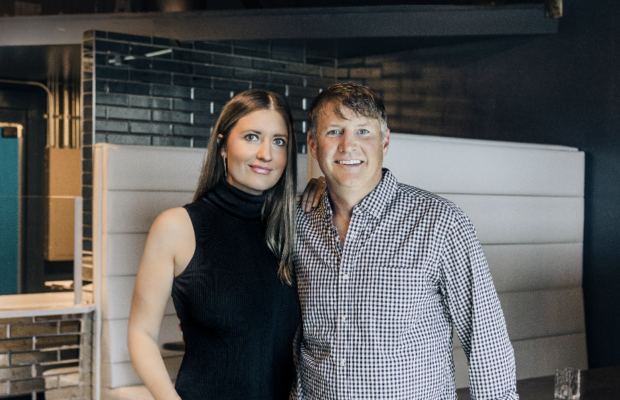 Mark Twain is credited with saying, “Write what you know.” This statement, albeit simple, carries with it some wisdom we could all use. Life, experience, education, and mindset…these things prepare us from our earliest ages to become the best versions of ourselves when we grow up.

Heather Baber-Roe appears to have taken this advice to heart and is using a combination of her skills and experience to build several businesses across Central Arkansas. As co-owner with her husband, Craig, of three restaurants, and a fourth on the way, Baber-Roe will tell you, first and foremost, it’s the energy of the business that keeps her going.

“This business is something different every day,” she said. “You are constantly putting out fire after fire with seemingly no time to wind down. I’d sometimes like to attach a GoPro to myself one day just so people could see what we do behind the scenes they never see.”

Originally from Caddo Gap, Baber-Roe was raised in a family of restaurant owners. “My parents and grandparents both owned restaurants. I was working in those in my teens, so it certainly had a lasting effect on me.”

After moving to Little Rock, Baber-Roe first avoided the restaurant business as what she called an “escape,” but openly admits, “I kind of always knew I would own a restaurant.”

After working in establishments across the area, she moved into the ownership space with Craig in 2016. The two expanded his Benton-based food truck, Baja Grill, to a free-standing building in Little Rock, then a second location in Benton.

“Craig and I manage different parts, but both of us believe in the value of actually being in our restaurants,” she said. “I would never want to be an owner who never stepped foot in her businesses or even met the staff. We try to go to every table, asking how customers are doing and if they’re enjoying their food.”

In October of 2021, the Roes expanded their restaurant footprint in Benton with the purchase of Valhalla Restaurant & Axe Throwing, which operated in the same building as Baja. “This first thing we did was change the business model and separate the names. The restaurant was renamed to Valhalla Kitchen + Bar with the upstairs now named Valkyrie Axe Throwing.”

“The food choices remained in place, for the most part,” Baber-Roe said. “We made a few changes to the offerings, but more importantly, we changed the business model to a full-service restaurant.”

“RŌBER is going to be dinner only, and this is going to be a unique and intimate setting for our Saline County customers,” she said. “The restaurant is built in an old doctor’s office, and while I wanted an open concept, we’ve had to adjust to the building’s layout. It’s very cool.”

“On the left, we have the Mary Ellen Lounge, opening an hour before dinner service,” she said. “In there you can get charcuterie boards and order drinks from the bar. It’s decorated with leather sofas, club chairs, marble tables, and pretty wallpaper. The room presents a classic setting for customers.”

Baber-Roe also describes RŌBER’s bar for ten that will lead into the restaurant’s dining room with seating for just more than fifty. “I designed the dining furniture, and our Baja GM [general manager] and her father-in-law built all the tables.

“The booths are also designed with privacy in mind,” she added. “They’re six feet tall, the higher backs, for a closer experience for our customers. Other booths will actually have a privacy wall.”

A lot of people think RŌBER is simply a cocktail/whiskey bar that serves only drinks and charcuterie. That couldn’t be less true. This is an upscale restaurant with approximately ten entrees and six small plates, salads, and desserts made by a pastry chef.

Heather also points out if an outdoor experience is more your speed, you’ll have plenty of room on the outdoor terrace. “There’s a beautiful fire table out there, along with several couches and cocktail tables. Serving options out there will also be charcuterie boards and bar drinks, like at the front.”

She credits her staff for helping manage her family’s portfolio of restaurants and shares none of this would be possible without the support and partnership of her husband, Craig. “He has done so many things to make this possible. He set up the entire RŌBER patio décor, and then ran the networking cables for the business. There’s really nothing he can’t do.”