Parks & Recreation: A Plan In Place 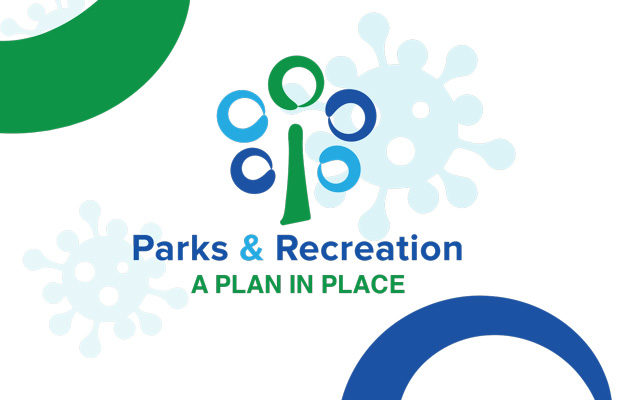 In business, as in life, it’s always good to have a Plan B. Sure, we construct a roadmap to give ourselves the best shot at a successful outcome, but it’s always smart to have an alternate route, just in case.

In any given year, Stephanie Jones, Director of Benton Parks and Recreation, operates with that Plan A/Plan B approach. Serving more than 10,000 community members through a variety of programs and events designed to promote physical and mental health, she knows things don’t always go according to design, and being nimble is an important part of the job.

“2020 was challenging to say the least. It seems like we always had a Plan A, Plan B and Plan C,” she said. “Like the rest of the country, we had to take a close look at everything and begin making assessments due to the pandemic. This required us to be creative in the program offerings we made while also following the guidelines set out by the Arkansas Department of Health.”

Like most of America, things in Saline County stopped momentarily 10 months ago, as leaders wrapped their minds around the crisis and began calculating responses. When things began reopening slowly in early spring, a lot of outdoor activities carried on, but at a reduced scale.

“We had to draw back on the number of participants while putting in place different cleaning and sanitizing measures at activity sites,” Jones said. “With a sport like softball, we had to clean dugouts frequently between team uses, and we were forced to switch fields frequently. We were able to get the season in, but we did so while focusing on the safety of everyone who was involved.”

Jones admits, even in the face of COVID-19, Benton Parks and Recreation had a positive and successful year. A lot of the credit, she said, can be attributed to the partnership and open communication with Governor Asa Hutchinson and the Arkansas Department of Health.

“We know several states took different approaches, but under Governor Hutchinson who values physical activity and personal health, we saw that it was still possible for children and adults to remain active even through the pandemic, as long as we were able to do so safely,” Jones said.

“What’s been so positive about working with the Arkansas Department of Health has been how quickly they respond to our program proposals,” she added. “We’ve been able to submit our plans for specific events or programs weeks before the scheduled start. The Department will review those plans quickly and make recommendations, and we’re able to make revisions and resubmit for approval.”

And because of that close working relationship with the State, Jones said Benton Parks and Recreation was able to plan for projected positive case spikes in the fall and winter while also looking ahead to what she hoped would be a smooth 2021.

“I can’t say enough about how well our staff has adapted during the past year. We have great team members who make adjustments so well and so quickly when needed. I’m really proud of them.”

So with many lessons learned and 2020 now in the rearview mirror, what’s in store for 2021?

“We’re excited about the coming year,” Jones said. “We’re aware of what the pandemic will require in terms of our attentiveness, and we’re ready to make changes if and when they arise.”

Among the upcoming events for February and March, Parks and Rec is planning:

“Our program and event sizes can vary so much,” she said. “If it’s our Tennis For Tots class for three-year-old’s, we won’t have more than four students enrolled per session. But a larger event like a tournament or a run can have more than a thousand on hand.”

With event size, social distancing and the threat of viral spread still running top-of-mind for almost everyone, Jones said her team is already planning for a possible Plan B regarding the St. Patrick’s 5k/Fun Run in mid-March.

“We already have [an alternative] plan in place to conduct the event runs virtually and ask that our participants input their run times online so they can be counted,” she said. “We can’t say that these things are easy, but our goal is to keep our community involved and engaged in activities benefiting their physical and mental health.”

For more information about Benton Parks and Recreation, go to www.bentonar.org/departments/parksrec or call 501.776.5970.