Home / Notable / The Gift Of Hope

The Gift Of Hope 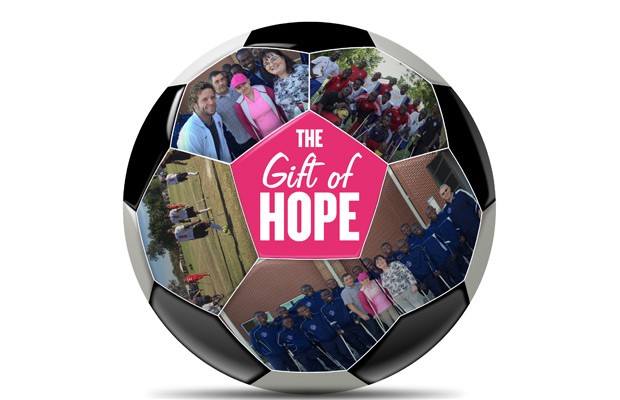 The Haitian Amputee Soccer Team made its way to central Arkansas in November, and with them came very real picture of hope. While they were in town, the team took time to meet and encourage a local Saline County resident. Thirteen-year-old Emily Buckley was diagnosed with a very rare form of bone cancer, Ewing’s sarcoma. Emily lost her leg to the disease, and is in the process of learning how to live as an amputee while also undergoing chemotherapy treatments.

Not only has the Haitian Amputee Soccer Team overcome their obvious disabilities, they have joined together to shed a new, positive light on life as an amputee. Haiti endured a devastating earthquake on January 12, 2010, which is where several of these team members lost limbs. In the aftermath of the tragedy, not only were they left to watch their hometowns recover, they were also personally trying to overcome the hardships that come with being an new amputee.

“While therapeutic recreation such as soccer or other sports is a common way for amputees to come to terms with their disability and learn new skills, it’s the team atmosphere that brings recovery and acceptance full-circle,” says Dr. Fred Sorrells, President of Operation Go Quickly and the Founder of the Haitian Amputee Soccer Team. Go Quickly is a non-profit organization that advocates for people with disabilities. “There is a stigma that comes with an amputation, and having a team to provide emotional support and encouragement is a tremendous source of healing and acceptance.”

Since their formation, the Haitian Amputee Soccer Team has participated in two amputee World Cups and reached the quarterfinals in 2014. Currently the Haitians are ranked #7 in the world, and are preparing to participate in the 2015 World Cup of the Americas in Guadalajara, Mexico. Prior to leaving for Mexico, the Haitian team made a multi-city tour of the United States, and central Arkansas was one of their stops.

While here, they worked to bring awareness to disability and amputee issues and to encourage amputees and let them hear their loud, clear message of hope. Because as the Haitian team brings awareness to these very important issues, they are very clear to communicate that having a disability isn’t a setback, it’s an opportunity to live life in a new way.

Saline County residents have also shown support in their own way. Emily’s family moved from their longtime home in Izard County to Saline County. Even though they are new to the area, they feel like they have been welcome with arms wide open by the community. “A few months ago we came home to find several of our neighbors had built a wheelchair ramp so Emily would be able to get inside. We feel so loved and welcomed here in Saline County. It’s an amazing community to be a part of. In the middle of all that’s going on, it’s so encouraging to feel wanted here,” shares Emily’s father, Greg.

One of the Haitian soccer players spent considerable amount of time in Dallas, Texas after the earthquake where his medical care took place. During this time there, he met a local amputee, Craig Till, who was also new to the sport. Craig has since gone on to be named a member of the United States national amputee soccer team, and serves as a national spokesperson for the sport. Craig is a cancer survivor, athlete, and amputee.

He shares “I had an amputation at the age of 16, which was 19 years ago. As a kid, I had 38 surgeries. I grew up in a hospital, and have had some very hopeless days. Through playing amputee soccer, I have learned so much about myself and how important it is to remain hopeful in every situation. It’s a privilege to support Emily as she fights cancer, and remind her that she’s not alone. She can always look around in a hospital and find someone that’s worse off than she is. We want to remind her that she’s not alone, being an amputee does give you hope, and to stay persistent. Every day we get a choice to decide to live fully, and to not let our disabilities define us.”

Greg adds, “Emily’s wish and hope is that we alert and inform anyone who will listen about Ewing’s Sarcoma. It’s very real, and she doesn’t want any other kids to suffer the way she has. She would love nothing more for research to be done and for a cure to be found. She is a normal child who loves basketball, baseball, soccer, the outdoors and Taylor Swift. She wants so badly to be a voice to help other families.”

Craig challenges us by saying, “Ask yourself every day if you can be a spark and start a fire of hope in others. It’s possible, and we want Emily to believe it too. People always notice an amputee. They’ll definitely remember the amputee with a smile on her face. We want that for Emily. ”

These wise words of advice are for Emily, but really, they could be for all of us. As we enter into this season of giving, ask yourself how you can be a spark that starts a fire of hope in others. Maybe it means giving your time to a local non-profit in the coming year. Maybe it is offering more words of encouragement to those around you in 2016. Or maybe you should offer your resources to people in the community in need.

Emily has battled this disease since February of this year. Greg, along with Emily’s mom, has been by her side as she spends considerable time in the hospital. With Emily in and out of Arkansas Children’s Hospital in Little Rock and the anticipation of another round of chemotherapy on the horizon, the Buckley family is in the midst of tremendous financial hardships. Consider the donation opportunities mentioned below to help Emily and her family.

By helping others in some way, shape or form, you become an irresistible spark of hope to your
Saline County community.

How You Can Support Emily

Take part in the annual Hurricane Lake Estates Trail of Lights on Saturday, December 5th from 6-8pm.
Mrs. Claus and her elves will be taking donations for Emily and her family at the neighborhood entrance.