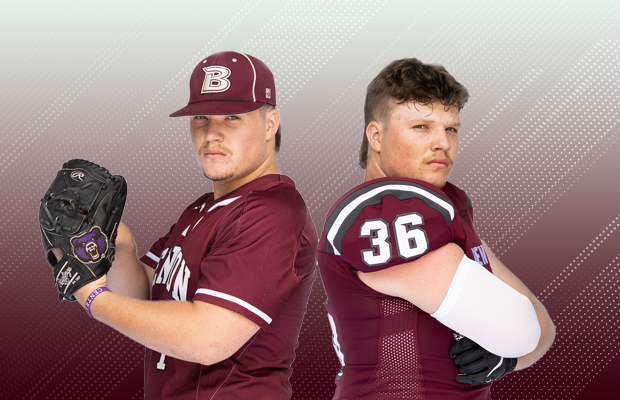 Ask Benton Panthers senior linebacker Jake Jones which sport is his favorite between football and baseball, and he’ll tell you the answer is easy. “I think it’s whichever one is in season.”

At a time when a lot of male and female athletes are choosing to put their eggs in a single basket and specializing in one sport, Jones opts to split his time between the two sports, finding considerable success along the way.

“Football and baseball are both so different, and my approach during the two seasons reflects those differences,” Jones said. “The action, speed and physical contact that comes with football is completely different than the energy and slower pace that comes with baseball. I don’t get tired of either one of them because the preparation and execution for both are so different.”

Entering his senior season as one of the returning starters from a Panther football team that won the Arkansas 6A West with a 7-0 record and finished the 2021 season at 9-2, Jones knows a lot will be expected of him to help lead this team to a successful run again in 2022.

“We were seen as underdogs in most games last season,” he said. “We didn’t have the size of other schools in our conference, but we came out and got on a hot streak after the Salt Bowl. We kept winning, and by the time we got to the playoffs against Marion, we may have been too confident, and we lost. But overall, we had a fantastic season.”

Jones notes that that conference championship Panthers squad fielded several upper classmen whom he credits with making him better as the season went on.

“We had Beau Wright and Cain Simmons, and as a junior, those were the guys I looked up to,” Jones said. “This year, we are really young and only have a few seniors starting on the defensive side. That’s going to create a big job for the upper classmen to get these guys’ game ready to go, and we’re going to need to do it pretty quick.”

It is a tall order, but Benton Head Coach Brad Harris believes his seniors will get the job done.

“Jake has been a three-year starter among our linebackers and will be the only returning starter from that group this season,” said Coach Harris. “He’s got the experience and skills needed to lead our young players and get them ready for the work ahead. We know he’ll be ready for the challenge.”

“Coach Harris told me I have a big job coming into this season and he expects me to set the example early,” Jones said. “He told me if I go around and not take the work seriously, or goof off, then the underclassmen will do the same. I have to lead by example, just like the guys did last year.”

It’s a good lesson in leadership that will benefit the Panthers’ senior class, but it’s not a challenge Jones has been able to dwell on throughout the off season or the summer because he’s been neck deep in his other athletic passion as a pitcher for multiple Saline County and Arkansas baseball teams. “Sometimes I feel selfish because I understand the level of attention and commitment required for football. But even throughout the season, I’m always still thinking about baseball.”

It’s an understandable position for Jones, who divides his time between the demanding baseball schedule of Benton high school, Prep Baseball Report, and Perfect Game. The latter two are summer baseball travel leagues that take Jones and his family across the country for tournaments.

“In the past, older players had American Legion. That was the highest level of summer baseball,” Jones said. “Now, leagues like Perfect Game and Prep Baseball hold tournaments in Atlanta and throughout Florida. They take a lot of time, but it’s the best way you can get recruited to play in college.”

As a pitcher, Jones works between four pitches that include a fastball, slider, slurve, and what he calls his Vulcan change-up. “We’re looking everywhere for different types of pitches. We want to learn new ways to approach pitching and incorporate them into how we play.”

Jones’ hard work paid off when, late last year, he announced his commitment to attend the University of Central Arkansas in 2023 and pitch for the Bears.

Before making the move to college, though, Jones and the Panthers have their 2022 season in front of them, beginning with an August 27 meeting with the Bryant Hornets in the annual Salt Bowl at Little Rock’s War Memorial Stadium.

“What’s so amazing about the Salt Bowl is that it is the best rivalry and regular season football game in Arkansas. There’s not another one around like it,” he said. “Also, we’re going up against probably the best program in the state, right now, and we go out there every year with the goal of shocking the entire state and winning the game.

“Most of the time, that may not happen, but we play against those guys, a lot of them our friends, knowing that we won’t face a tougher opponent the rest of the season. It’s a great challenge, and it makes us feel like we can line up against anyone in the state and go toe-to-toe.”