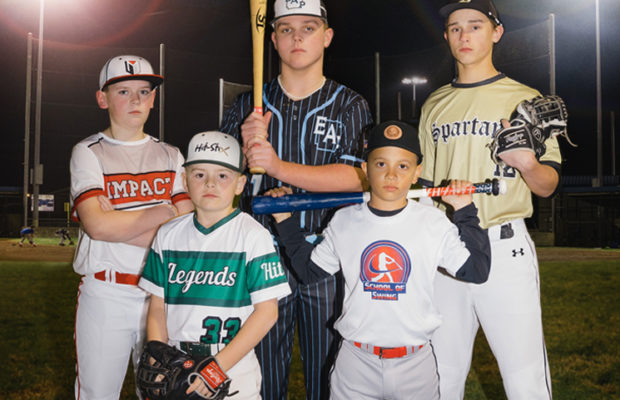 Double plays, often referred to simply as “turning two,” are the unsung heroes of winning baseball. Home runs and strikeouts get all the press, but turning a no-out, bases-loaded situation into an inning-ending double play might just be the most valuable play in baseball. But I should probably explain what a double play is, for those who might not be baseball savvy.

A double play is any defensive play that ends in two runners being called out. In most cases, this involves the batter being called out and another runner already on the basepath. Traditional double plays are rare at the youth level due to smaller fields and weaker arms. One reason the double play is so difficult to turn in youth baseball is the level of communication and teamwork it requires.

I started playing baseball at a very young age. I’d say I was three or four years old the first time I played in an organized game. Early in my baseball career I was more worried about picking dandelions and watching the trains go by behind the outfield fence than I was about learning the basics of the game—much less the advanced art of a double play. Luckily for me, my dad was my coach at every level and for every season I can remember playing. He helped instill valuable lessons and skills that quickly turned into a love for the game.

Baseball is beautiful because it is a consistent pastime that brings people together regardless of age, sex, or race. I now coach my 6-year-old son Jett’s baseball team, and the blessings that come along with watching him have fun and grow in his skill level and confidence are priceless. An old baseball sits on the bookshelf in his bedroom. Written on the ball it reads, “Josh Elrod’s first double play—second base 4/22/90.” What’s crazy about that is I was the same age then, as my son is now.

The double play offers some of the most exciting action in the game of baseball. It takes quality coaching and instruction to pull off. It swings the momentum and gets the crowd buzzing. Speaking of things that deserve some buzz, Saline County is widely known as a “baseball town” that boasts some of the best baseball/softball training facilities around. That is why in this edition we turn our focus to America’s pastime as we highlight those who work hard to make the game fun and fundamental for our families. Your town. Your life. Your magazine.