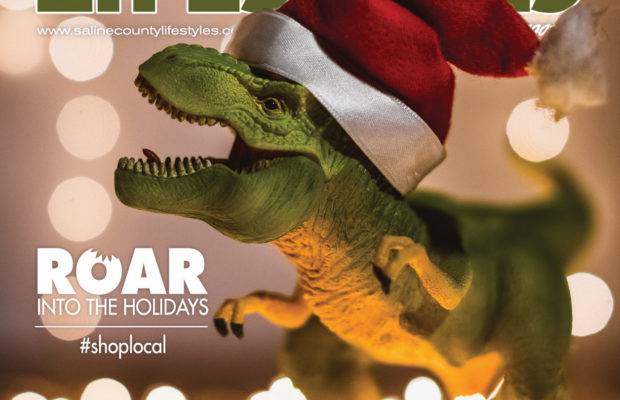 A tree in the living room, kissing under the mistletoe, and Santa coming down the chimney are all staples of the Christmas experience. But, do we ever ask ourselves why? If I were to ask you to describe what Santa Claus looks like, you would quickly and easily tell me that he is a rotund, jolly man with a white beard who wears a red suit.  But has that always been the case?  Some might be surprised to learn that prior to the early 1930s, Santa was depicted as everything from tall and skinny, to a short and spooky elflike figure.  His wardrobe would range in color from tan, blue, and green; a far cry from the classic red we know and love today.

One legend claims that Santa’s suit is red because of a highly successful advertising campaign for the Coca-Cola Company.  Based on the soft drink company’s red and white signature colors, Jolly Ole Saint Nick was featured wearing a red robe with white fur trim.  Coca-Cola began its Christmas advertising in the 1920s by running ads in popular magazines like The Saturday Evening Post.  In 1930, their print ads for the holiday season pictured a department store Santa drinking a Coke in a crowded soda fountain.

The following year, an advertising executive working with the Coca-Cola Company suggested picturing a more wholesome Santa who was both realistic and symbolic.  The new Coca-Cola Santa image quickly became very popular with the public.  People paid such close attention to the ads that they would notice even the subtlest changes.  One year, Santa’s large belt was backward.  Another year, Santa Claus appeared without a wedding ring, causing onlookers to wonder what happened to Mrs. Claus!

Truth be told, Santa’s classic red and white color combination was the accepted portrayal of Santa Claus long before he began his tenure as a pitchman for Coke.  Regardless of who gets the credit for Santa’s sense of style, there is no question that the marketing campaign of the soft drink company has been extremely influential in the final depiction that is widely recognized today.

One fact we can pull from the connection of Coca-Cola to our modern-day Santa is that Christmas and advertising go hand in hand. If Coca-Cola can help define the wardrobe of this popular holiday figure, I have no doubt that Saline County Lifestyles will do its part in promoting some of this year’s most popular fashions and gift items with our #shoplocal – Holiday Gift Guide. Your town. Your life. Your magazine. 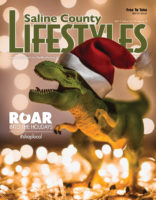