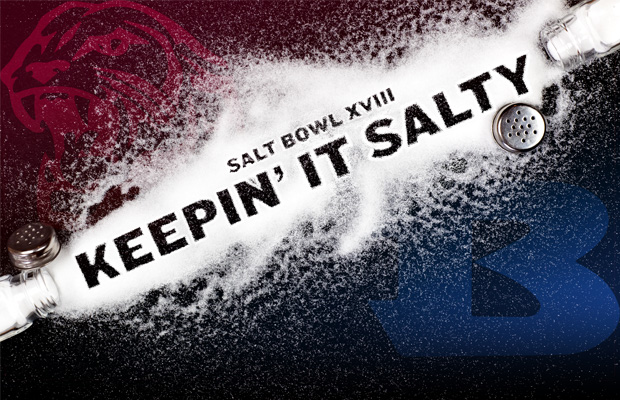 On Saturday, January 7, 2017, Turkish chef Nusret Gökçe broke the Internet by posting a video of himself on Twitter flamboyantly sprinkling salt over an oversized cut of Ottoman steak. His video soon went viral, giving him worldwide fame and quickly earning him the nickname ‘Salt Bae’.

His now infamous 36-second video was the inspiration for the #saltbae phenomenon, as his strangely sensual meat salting videos soon evolved into a series of viral memes. Within 48 hours, Nusret’s video gained over 2.4 million views and 8,700 comments.

Before the end of January the original video racked up over six million views on Instagram. The meme has gone on to spark parody videos, an emoji design, and t-shirt designs worn by Rihanna and Ben Affleck. This signature move has even made its way into the sports world when NFL Pro Bowl tight end Travis Kelce sprinkled a little magic in the end zone with a Salt Bae impression.

In today’s world, viral phenomenons are a dime-a-dozen. They often lose our attention as quickly as it was gained. You may have already forgotten about the #saltbae frenzy, but you are certainly going to remember the new hashtag that promises to become a viral sensation around our community: #saltysaturday.

Being one of the largest high school football rivalries in the state, the annual football game between the Bryant Hornets and the Benton Panthers always generates a lot of media attention. The 2017 Salt Bowl game will be taking place on Saturday, giving it the feel of a college football game day rather than the typical high school match-up. This strategic move called for a social media forum equal to all the hype and excitement that surrounds this event, so #saltysaturday was coined.

When Twitter dubbed #saltbae the first meme of 2017, the over-the-top sprinkling of salt came to symbolize being or doing something extra. You can be sure that our Saline County athletes will be going all out and giving extra effort when they go head-to-head in the Salt Bowl game this September. Be a part of #saltysaturday and show your support for your community.

Your town. Your life. Your magazine.