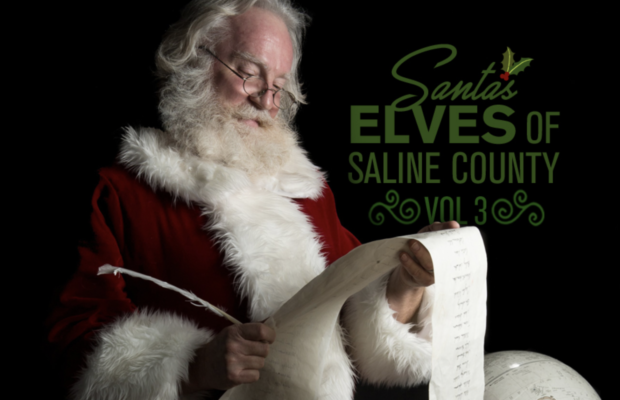 Generations of families across the United States have found themselves at a local shopping mall, having their children sitting on Santa’s lap for a quick chat and photo. The thrill of seeing Santa is one of those things that brightens anyone’s day—children and adults alike.

To some, being a “stand-in Santa” might seem like a relatively easy job. Put a kid on your lap, ask her what she wants for Christmas, pose for a quick photo, and send her on her merry way. But any Santa who’s done even one season will tell you the job takes dedication. “There’s no harder job in all of Christmas than being the mall Santa,” says Paul Sheehan, now in his 40th season as a professional Mr. Claus. “Between Black Friday and Christmas Eve at 3 pm, I could see over 17,000 kids.” But there’s a reason that thousands of rotund, white-bearded men don the suit every year. While demanding, being Santa is also incredibly rewarding.

If you’ve ever perched on Santa’s knee at your local mall, there’s a decent chance he was a graduate of Santa University, run by Noerr Programs Corporation, a company that trains and distributes Santas to more than 250 major malls and shopping centers across the country.

Noerr hosts its Santa University in Colorado, where hundreds of aspiring Kris Kringles gather for four days of training on everything from Santa ethics to how to Ho-Ho-Ho. For some of the more seasoned Santas, the white beard and big belly stays with them all year, so they have to be careful about how they’re representing jolly old St. Nick in public. If you’re wearing the red suit, you must behave like Santa at all times. This means always having a jolly temperament and willingness to field questions like, “Santa, what are you doing at the grocery store?”

When it comes to a local Santa, Central Arkansas has one of the best around in Santa Pete (featured on the cover). If you have found yourself at a local Christmas event or fundraiser in Saline County over the last decade, you probably have enjoyed the gift of being greeted by him. He is currently in his tenth year of being the season’s biggest celebrity, working with seventeen photographers, visiting nineteen special-needs preschools statewide every year, and doing short videos throughout the year to raise money for Community Connections, along with countless other appearances at holiday hangouts.

My family had the pleasure of booking Santa Pete on Christmas Eve of 2017. My son (Jett) was only two years old at the time and I can honestly say it was one of my more magical Christmas memories. Santa Pete and others like him truly embody the gift of giving that the holiday season is all about. Your town. Your life. Your magazine.